Relationship Between Firewalls And Protection Against DDoS 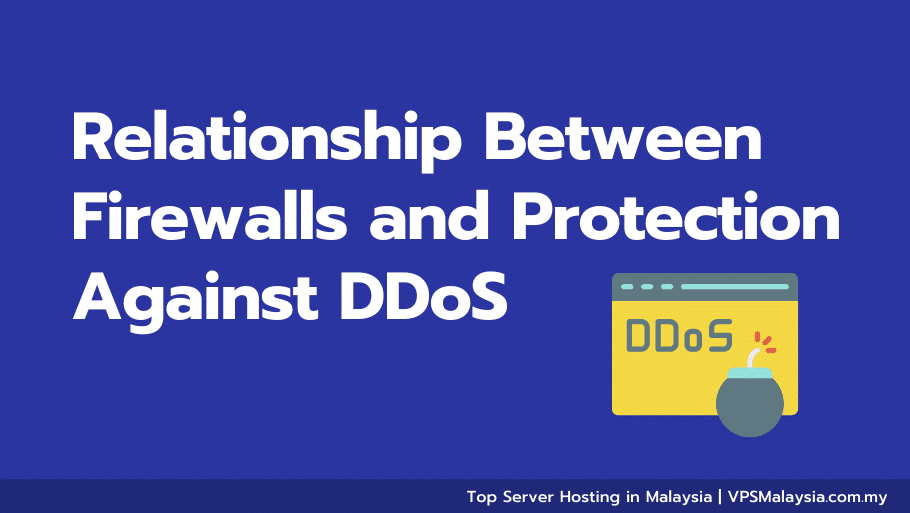 One of the most common questions we get from business owners is, “What’s the relationship between firewalls and protection against DDoS?”. The answer to this question isn’t as straightforward as it might seem. In fact, if you ask ten different experts to explain this relationship, you will probably get ten different answers.

Though a dedicated server can protect your server from DDoS attacks, there are a few more things you need to consider while protecting your website or application from unwanted threats.

The interesting fact is that there are two main reasons why businesses need a firewall: prevention and mitigation. To understand how these work together in protecting your website or web application from an attack like a DDoS (distributed denial-of-service), let’s take a look at both concepts separately.

DDoS attacks are becoming more complex, and it seems like they can’t be avoided… But there’s still hope! Firstly – identify if you really got hit by a DDoS attack. Then start checking your resources: bandwidth, disk space, memory.

Depending on the size of your business, there are several ways you can continue to function despite a DDoS attack: upgrading your bandwidth, adding more servers, using botnets, or getting a mitigation product for this type of attack.

DDoS mitigation products are working by using techniques such as the following:

– Traffic Filtering blocks traffic at the front line of defense based on source and destination addresses, protocols used, or other packet information that matches preset attack signatures.

– Application Layer Gateways are designed to allow legitimate traffic through the firewall but block all malicious traffic by providing an additional layer of security.

DDoS Mitigation is an advanced technique designed to prevent attacks from overwhelming networks and applications by spoofing requests or sending them via legitimate servers.

DDoS attacks are a growing problem for businesses and governments. It’s important that organizations create an effective strategy by first understanding the various risks they face and then applying appropriate measures against those threats–determine which type of attack would work best for them and employ protection accordingly!